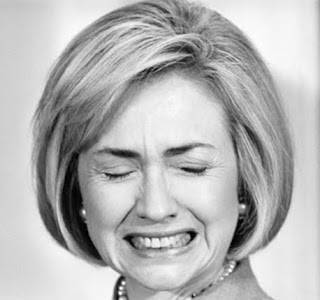 This note is in reference to statement in the article below, "Ms Clinton had been on a three-day trip to Qatar and Saudi Arabia to discuss, among other things, how to confront Iran's alleged programme to develop nuclear weapons."

Why do we go about the negative way? Aren't we causing Iran to take the challenge and dig in their heels, is that what we want? We should spend similar energy on friendship rather than placing a wedge between other nations, such a measure is based on a short-term need but creating eternal enemies, forget about them, it puts us on guard all the time, do we want that? There is a famous Chinese saying, the only way to remove the enemy for good is to friend him.

Hilary, your approach is goofy. When we create space, room and respect for others, we have won their hearts and at the end both of us benefit.

Here is the article:
http://www.heraldsun.com.au/news/breaking-news/clinton-avoided-nuke-question-student/story-e6frf7jx-1225832790510

A SAUDI student blasted US Secretary of State Hillary Clinton for skirting her question on Israel's nuclear arsenal during a "town hall'' meeting at a Jeddah college. "I did not get a straight answer,'' Mariyam Alavi said in a letter published in Arab News on her question to the top US diplomat last Tuesday.

"My question was simple and direct enough,'' she wrote, but Ms Clinton's response "was very unsatisfying.'' Alavi, a 12th grader at the International Indian School in Jeddah, attended the meeting at the elite Dar al-Hekma College with six classmates.

She had asked Ms Clinton about Washington's stance on the existence of nuclear weapons in the Middle East. If the Americans "so vehemently oppose Iran's nuclear programme,'' she had asked, "then why isn't the US asking Israel to give up their nuclear weapons?''

Alavi's Arab News letter assailed US "hypocrisy'' over the issue, reflecting a widely held sentiment in in the region. "Clinton said that the United States, under the able leadership of President Barack Obama, was trying to repair and strengthen its ties with the Muslim world.

"It is high time she realised it couldn't be done without answering the questions uppermost in the minds of the Middle East people.'' Alavi said she had been nervous about asking such a "politically provocative question'' but was then encouraged by strong applause from the audience when she addressed Ms Clinton.

Ms Clinton had been on a three-day trip to Qatar and Saudi Arabia to discuss, among other things, how to confront Iran's alleged programme to develop nuclear weapons.
~~~
Posted by Mike Ghouse at 5:20 PM