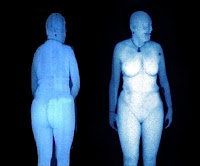 New Note: The media has shamefully mis-represented the statement by the American Muslim organizations, a new press release is in the making. - Mike Ghouse

The word "Fatwa" is wrongfully associated with "death threats", it may be wise for us, until we educate the public that it is merely an opinion, and instead use the word "Opinion". The word Fatwa carries a negative perception and until it is removed, it is not wise to use the word in this context. After all, we are using the English language to communicate and let the language be in English.

Furthermore, this "Fatwa" will be wrongfully propagated as Anti-American... continued: http://worldmuslimcongress.blogspot.com/2010/02/bad-fatwa-by-muslim-american-body-about.html
Posted by Mike Ghouse at 4:31 PM