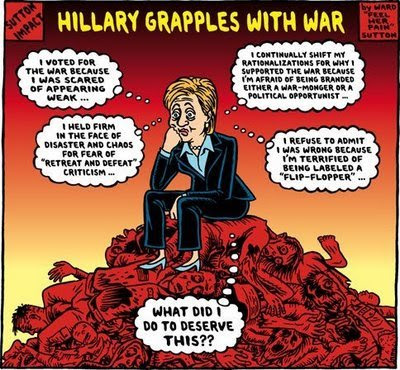 With Friends like Clinton, Israel don't need enemies. According to a new report from the US State department, Anti-Semitism is on rise and her recent statements do nothing more than stoking those sentiments here and abroad.
Nick Mackenzie writes in the religious intelligence report. "Today, more than 60 years after the Holocaust, anti-Semitism is not just a fact of history, it is a current event," the report, presented to Congress on March 13, read. "The distinguishing feature of the new anti-Semitism is criticism of Israeli policy that whether intentionally or unintentionally has the effect of promoting prejudice against all Jews by demonizing Israel and Israelis and attributing Israel's perceived faults to its Jewish character," the report stated.

The anti-Semitic attacks continue to occur in Europe and the United States. Just recently two Jewish commuters were beaten up in the subway for wishing happy Hanukkah. A few years ago a council person referred to the other as “you people” in the Dallas City Hall referring to “Jewish people” as though they were cause of a discrepancy. What is the point in throwing in religion in a civic transaction, unless it anti-Semitism?

Every now and then I read disgusting anti-Semitic comments in stray emails I get from groups all across the world; oddly it is not from Muslims but everyone else. I continue to speak out against such acts and point out the unrighteousness of it. There is a growing perception that Israeli Lobby buys and manipulates our law makers to do things that are detrimental to American as well as the Israeli interests.

Equally disgusting are McCain and Clinton’s comments; one wants to bomb, bomb and bomb Iran and the other wants to “obliterate it’. Give two minutes to John McCain on the TV, he shoots the Anti-Islam rhetoric. I have not seen McCain’s mouth spew out anything but hate and war. Give the same two minutes to Clinton; she wants to be the commander in Chief from day one. It sounds downright stupid to the community of nations that a Democratic America talks about Commander in Chief’s as though we are a dictatorship. Most Americans realize the cheap gimmick to gain votes.

“All that is necessary for the triumph of evil is that good men do nothing” said Edmund Burke. It is time for the moderate majority of Americans of all hues to speak out and discourage the rhetoric of Clinton and McCain.

With friends like Clinton, Jews don’t need enemies. Her words fuel the anti-Semitic repressed sentiments among average Americans and certainly evoke anger in the Middle East; where as McCain’s Islamophobic attitude fuels terrorist outfits like Al-Qaeda. Do we need these two to run our nation down?

To be fair in the media, Clinton’s Obliteration and McCain’s bombing should be looped 24 hours on CNN and Fox like the Wright sound bites.

We need our President who talks and brings peace to the community of nations that is true leadership. We certainly don’t want an eager beaver to sacrifice our men and women and bent on destruction of others.

Mike Ghouse is a writer, speaker, moderator, pluralist and a peace thinker based in Dallas. The list of his Blogs and websites are listed at www.MikeGhouse.net and he can be reached at MikeGhouse@aol.com
Posted by Mike Ghouse at 5:39 PM