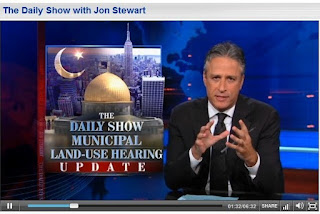 This is the most humorous way of communicating the issues, kudos to Jon Stewart for making it easy and driving the point home.

It appears that Jon Stewart's dialogue in this clip are identical to mine at least three of them, my write up was done a few days prior to Jon's show.

Indeed, Newt calls the Saudi Regimes names, and I do too, but when he was in power, why did not he go build a church there, and maintain it at our tax payers funds?The Saudi Police has done harm in preventing people of other faiths from practicing their religion in open. I do condemn the Saudi government for that intrusion and I have written to their embassy and the condemnation is on the blog and groups; however, no one is barred from worshipping indoors. There was a Catholic and Mormon Service conducted every Sunday in Saudi Arabia that I know of. Norman Powell was the Mormon pastor from Houston (1977-1980)If Saudi is bad country, why does Newt want us to emulate them?

About Gingrich
I wrote in facing off with Newt Gingrich
http://worldmuslimcongress.blogspot.com/2010/08/newt-gingrich-v-mike-ghouse-on-cordoba.html

There is no Church or a Synagogue in Saudi Arabia, simply because there is no indigenous Christian or Jewish populace out there to worship, those who work there are on a short term work permit. It is dumb to build a Church, and for whom? And let’s say if it were built, who is going to maintain and upkeep once the visitors have moved out, are they willing to pay for it or is it our Government? Should Government be in the business of building Churches?Indeed, Newt calls the Saudi Regimes names, and I do too, but when he was in power, why did not he go build a church there, and maintain it at our tax payers funds?

There is a lot more common between Michael Bloombergs speech, my Washington Post Article and Jon Stewart's dialogues

Mike Ghouse in Washington Posthttp://newsweek.washingtonpost.com/onfaith/guestvoices/2010/07/on_mosque_us_should_stand_on_moral_high_ground.html
Michael Bloomberg’s speech, several commonalities in my talking points with his http://www.salon.com/news/politics/war_room/2010/08/03/mayor_bloomberg_on_mosque/index.html
Mike Ghouse is a speaker on Islam and Pluralism offering pluralistic solutions to media and the publice on issues of the day. His work is found at 22 blogs and 3 websites listed at http://www.mikeghouse.net/

References: About 32 Articles for and against are listed at this link

Some clips at this link : http://mikeghouseforamerica.blogspot.com/2010/08/ground-zero-mosque-articles.html

Link to this posting - http://mikeghouseforamerica.blogspot.com/2010/08/mike-ghouse-dialogues-for-jon-stewart.html
Posted by Mike Ghouse at 12:15 AM