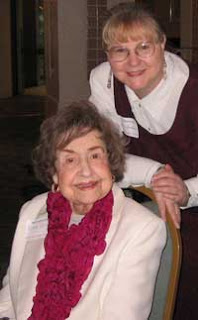 The Norvell Slater Communications Awards were established in 1996 in honor of the late Norvell Slater. Mr. Slater was an outstanding radio broadcaster whose career spanned 60+ years in the radio broadcast field. He was heard on the radio in the Dallas/Fort Worth area since the earliest days of broadcasting here. He was one the stars on the very popular Early Birds Radio program in the 1930s and 1940s and was responsible for several WFAA-TV programs in the beginning years of television broadcasting. For more than 40 of those years, he was host of the program "Hymns We Love," which featured a wide repertoire of hymns and religious music.

Mr. Slater was a charter member of the Dallas Chapter of the Religious Public Relations Council (now known as the Religion Communicators Council). He was an able communicator of the values of faith through his love of music and for the Church and was able to do this in both secular and religious media. The Norvell Slater Awards recognize individuals or organizations that follow his example of communicating faith values.

Norvell Slater's sister Estelle was a large part of her brother's ministry for many years. Pictured at right, with Chapter President Cherrie Graham, Estelle has been an honored guest at many of our luncheons.

Three Awards will be given for work done in 2008

Three Slater Awards are presented annually to honor outstanding achievement in communication of faith values through the media in the Dallas/Fort Worth area.

- Religion Communicator of the year goes to a church or a religious organization or a person in such an organization effectively communicating faith values. (This year's awardee is Larry James, Central Dallas Ministries)

- Commercial Communicator of the year is given to a secular/commercial media organization or a person in such an organization that effectively communicates faith values. (This year's awardee is Mike Ghouse)

- Lifetime Communicator of the year is presented to a person whose lifetime career has effectively communicated faith values. (This year's awardee is John Lovelace)

The awards are presented at a luncheon in early spring for work done the previous year. A committee made up of chapter members chooses the awardees. Chapter members are encouraged to make nominations for any or all of the three categories
Posted by Mike Ghouse at 12:00 PM