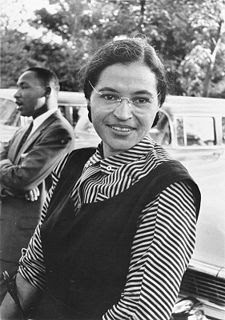 America Bragging
Mike Ghouse, January 4, 2008
It is time to start bragging about America again. Let the world know that we are one of the greatest nations when it comes to honoring and respecting the God given uniqueness to each one of the 303,171,404 Americans. We have made incredible progress in civility and plurality in a very short period of time.

It was on a cold day of December 1, 1955 when Rosa Parks was ordered to give up her seat to a white passenger. Thank God, she refused to obey the orders. Till then an African American was not allowed to drink from the same water fountain or dine in a restaurant. In life, all it takes is one courageous person to speak up and inspire us to be on the path of righteousness.

Fifty three years later on Wednesday, January 3, 2008 at 10:00 PM history was made again. Democratic candidate Barak Obama, an African American was declared winner of the Iowa caucus for the Democratic Party.

97% of the nearly 3 Million Iowans are rural conservative white folks. On this day, they have fulfilled a larger dream for the world - where the color of the skin doesn't matter, but the character of the person does. January 3, 2008 will be written as a golden day in the civic History of America.

On August 28, 1963. On the steps of the Lincoln Memorial, Dr. Martin Luther King Jr, evoke 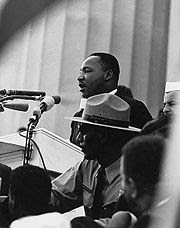 d the name of Lincoln and delieverd the historic speech “ I have a dream” and said, “When the architects of our republic wrote the magnificent words of the Constitution and the Declaration of Independence, they were signing a promissory note to which every American was to fall heir. This note was a promise that all men, yes, black men as well as white men, would be guaranteed the unalienable rights of life, liberty, and the pursuit of happiness.”

Dr. King, today, Barak Obama has received that check and possibly may cash it on November 4th, 2008.

This must be an inspiring event to the world, they can see our model of democracy, where every individual is honored for who he or she is, and not for what religion he wears or the race she bears. It also send the message to the world that prosperity of a nation hinges on providing equal opportunity to every Citizen in the pursuit of their happiness.

It is by setting our own example that we can bring goodness to the world, practicing democracy at home puts us humbly on high moral grounds. Every nation around the world has great soul and brain power, as we have proven, they can say to their minorities “common and be a partner in nation building” let’s all grow together.

During the next four years, if we can export our contagious attitude, “to you is your way, to me is my way”, together we can do more or we can live our own life.

Wednesday evening remains a special one for me. I spent the whole evening watching television and cherishing the principles upon which our nation was founded, the will of the people; a rock solid foundation of liberty and Justice reflecting the essence of all the religions of the world.

America we are proud of you, and we salute you.
God Bless America

http://www.mikeghouse.net/Articles/America-Bragging.asp
Mike Ghouse is a Speaker, Thinker, Writer and a Moderator. He is president of the Foundation for Pluralism and is a frequent guest on talk radio and local television network discussing Pluralism, politics, Islam, Religion and civic issues. He is the founding president of World Muslim Congress with a simple theme: Good for Muslims and good for the world. His comments, news analysis, opinions and columns can be found on the Websites and Blogs listed at his personal website http://www.mikeghouse.net/. Mike is a Dallasite for nearly three decades and Carrollton is his home town. He can be reached at MikeGhouse@gmail.com or (214) 325-1916
Posted by Mike Ghouse at 12:09 AM